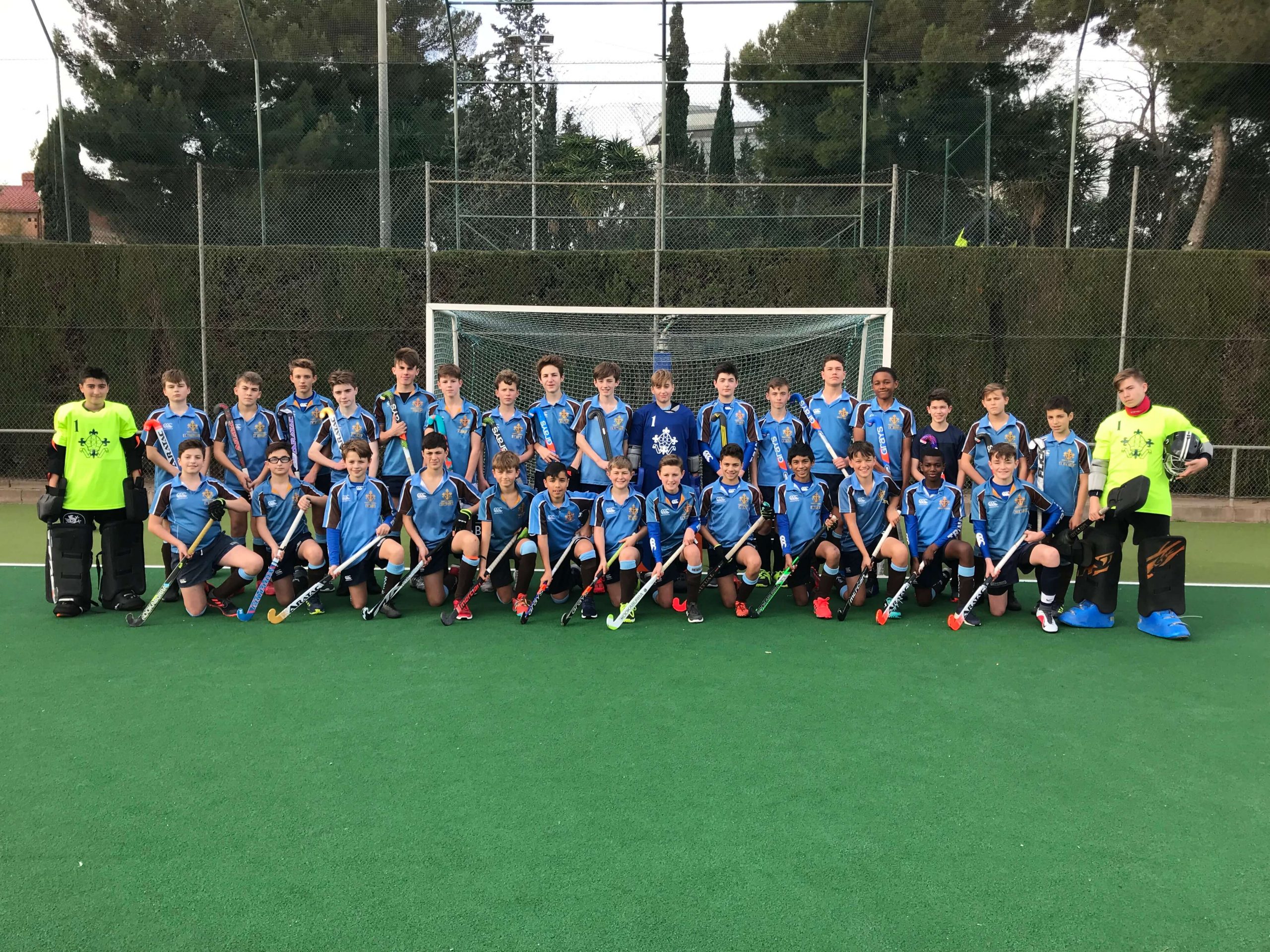 Our U11A and B teams won all four of their games and played some brilliant hockey against some of the other local primary schools.

St George’s provided some tough competition for the opening weekend of games. Some of the stand out performances included the U15As with a 3-3 draw, Nathan Slack opening his account with all three goals to start off the campaign. The U13 A, B, C and D teams all began their seasons with great performances, resulting in wins for all four sides.

In the U16As Lorcan O’Byrne Nestor scored a cracking goal, rocketing the ball home from a narrow angle, levelling the score halfway through the second half to make it 1-1. Unfortunately, shortly after the boys couldn’t prevent St George’s from scoring their second to take the lead. Tom Leigh made some amazing saves to keep the score at 1-2.

The 1sts had a positive start to the season away to St George’s. The team looked lively early in the first half, creating numerous attacking circle entries. With Yannis Patakas and Ed Cowlard taking up some dangerous positions within the circle and unlucky not to convert. In the second half the team executed the game plan well, with some outstanding passing out of the back into Sam Moran and out to Matthew ‘The Machine’ Bond on the right wing. The boys came from behind with Ed Cowlard levelling the game at 1-1. Overall the team were happy with an excellent performance to start the season.

Following the first weekend of fixtures, the 1sts fought hard for a 1-1 draw in the National Cup against Dulwich College, only to lose the game on penalty strokes. This weekend produced a disappointing result against a strong Langley side, but even though the result was not on our side, the performance of the team was extremely encouraging with outstanding individual displays by Joe O’Reilly and Nick Johnsen.

The U13As advanced in the cup beating Reigate 3-1.  There were a number of brilliant performances, but special recognition goes to Joe Hutchings, who showed excellent work rate supporting attack and defence.

Harry Bingley, Joe Cotton, Nathan Slack, Shaun Ogunyemi, and Nick Challier were all on target in the first round of their cup game vs Bancroft on Thursday, winning 7-0. All of the team put in an outstanding performance; Harry Bingley showed some midfield dominance, eliminating five Bancroft players before converting the solo effort. Nathan Slack again contributed another hat trick, taking his tally to six in three games.

Good luck to all out teams playing this week against Whitgift!