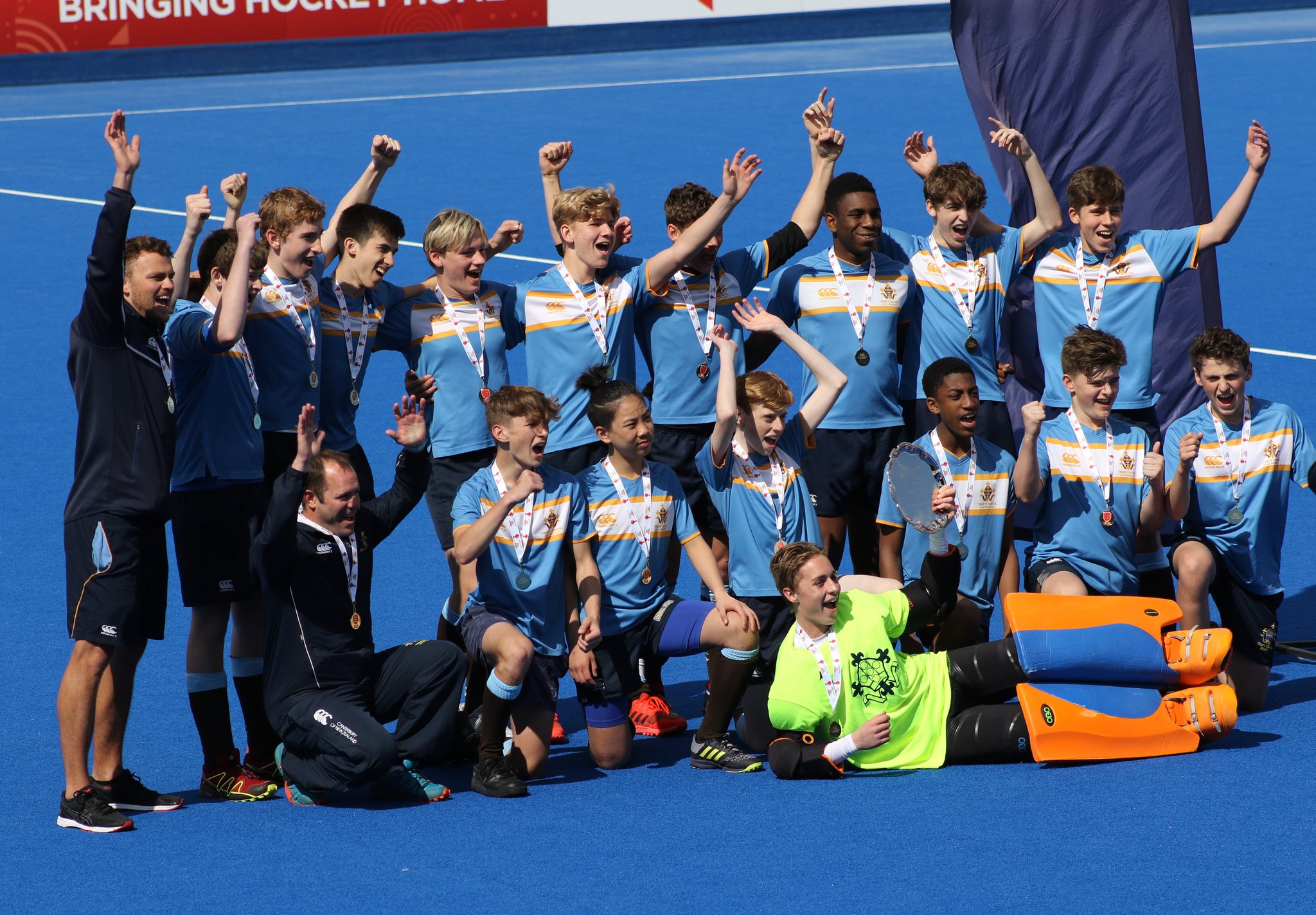 Our U16A hockey team were crowned National Plate champions this week following a dramatic victory over RGS Guildford at the Olympic Stadium in London.

We opened the scoring through Theo Flanagan, but this was short-lived as RGS equalised mid-way through the first half. Nathan Slack then gave us the lead again and we were 2-1 up at half-time.

We dominated the second half, with Harry Bingley and Joe Cotton consistently carving their way through the midfield. Unfortunately, our short-corner attack didn’t function as well as it had the previous day, and RGS found another equaliser through a well-worked short corner.

Our team responded immediately, leading to a turn-over in midfield by Theo Flanagan and great inter-passing down the left wing, resulting in a wonderful team goal finished off by Nathan Slack tapping in at the far post.

We continued to dominate the remaining minutes, with Joe Cotton coming close with a reverse stick shot that skimmed the post, but RGS remained resolute in their defence and managed to scramble another equaliser with just three minutes remaining.

With seconds remaining, we won high turn-over ball and forced the RGS keeper into multiple saves. When the final whistle blew the score was 3-3, so the title would be decided by penalty strokes.

Technical issues with the  electronic scoreboard added to the pressure as the first round of strokes also ended 3-3. Fraser Myers binned the first in sudden death, but more drama followed as he was then forced to re-take it, and scored again. Tom Leigh then made the decisive save allowing Harry Rodway the opportunity to win the shoot-out. Harry calmly flicked the ball into the net, sparking joyous celebrations.

Well done to the team!