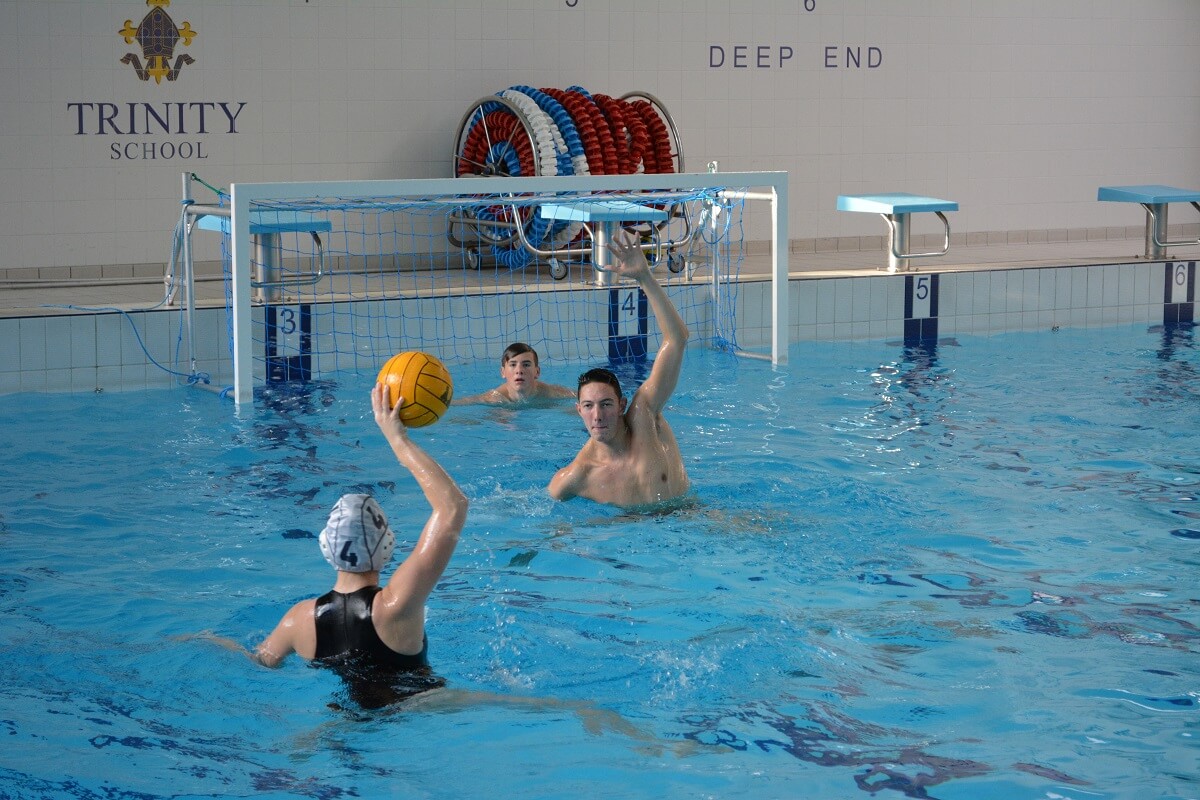 U18 Water Polo team through to ESSA semi finals

The team won all four matches, therefore qualifying for the semi-final round of this year’s competition as group winners. The results were as follows:

Head of Aquatics, Sean King said: “This is a seriously exciting first team, who have all benefited immeasurably from their involvement in the very same competition last season (winning bronze at the National Final), as well as experience gained from their local clubs and from competing in a wide variety of competitions throughout the year. We are also incredibly fortunate to have players who started to play water polo here at Trinity and are now involved in both regional and national team squads. The most impressive characteristic of this team is how hard they work for each other. I am excited to see just how far this team can go in the National Competition this season.”

Best of luck in the semi-finals after Christmas.