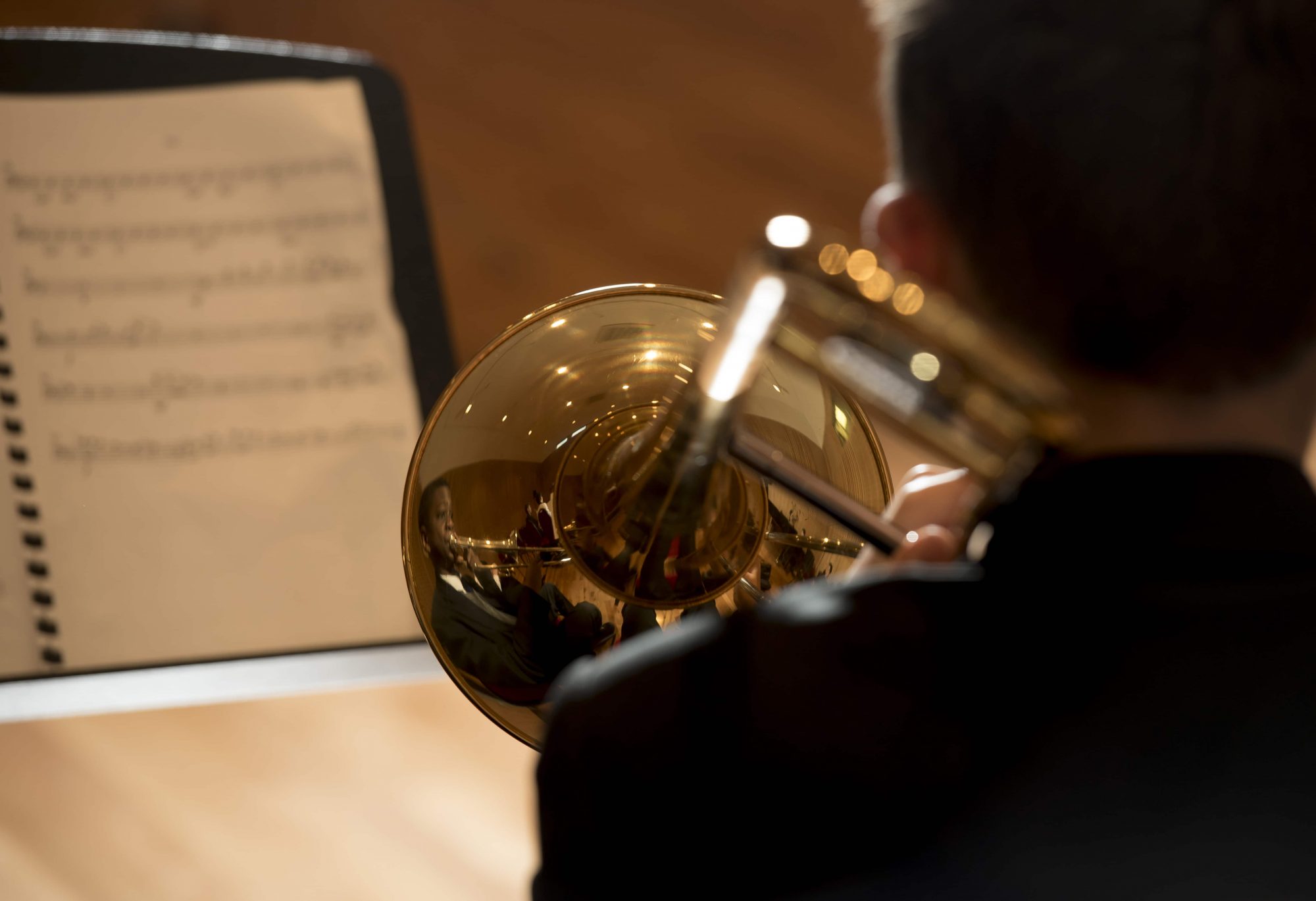 Our talented students put on a fantastic evening of music making this week at our Adrian Davies Chamber Music Competition final.

The competition, launched this year, has proved to be extremely popular with students.

The adjudicators for the evening, who also gave a fantastic performance during the event, were the acclaimed Aquinas Piano Trio, one of Britain’s most sought-after chamber groups (Ruth Rogers – Violin, Katherine Jenkinson – Cello, and Martin Cousin – Piano).

We are proud to have named this competition after Adrian Davies, who made a huge contribution to music over the years, as a violinist, teacher and conductor. Adrian’s wife donated one of his violins to Trinity after his death.

Congratulations to the winning students, who are as follows: